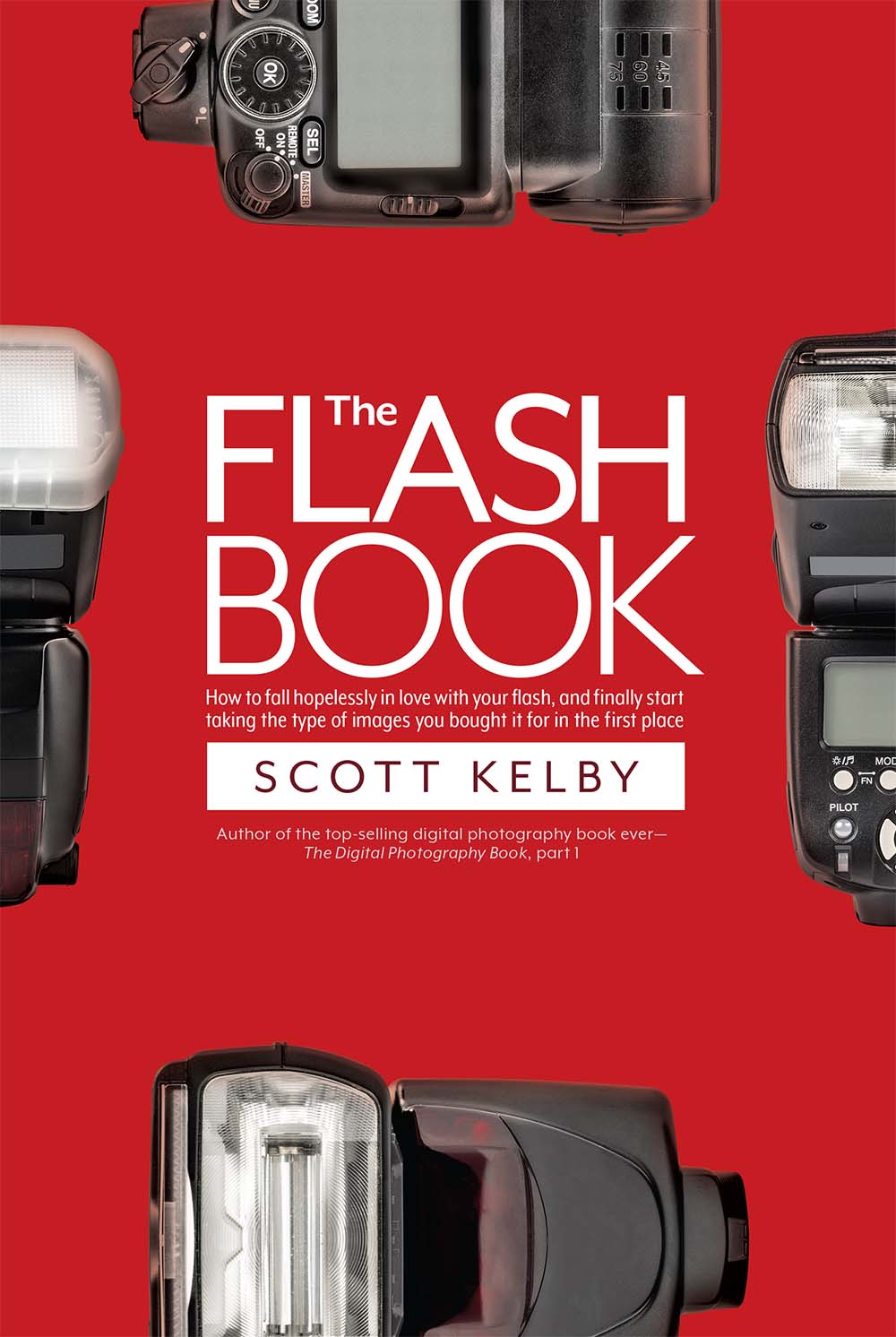 How to fall hopelessly in love with your flash, and finally start taking the type of images you bought it for in the first place.

Standing in front of a room packed with 360 photographers at his seminar, Scott Kelby asked for a show of hands: “How many of you own some kind of an off-camera flash? A Nikon, Canon, Yongnuo, etc.?” About 340 hands went up. “Okay, I have one more question, but before you raise your hand, I want you to really think about your answer. Let’s see a show of hands—how many of you love using your off-camera flash?” Out of those 360 people, just four people raised their hands. He was stunned.

Sadly, the results were similar in city after city, even in different countries. It’s like we all bought a flash during the “hot shoe flash revolution” of 2008–2011, but we’re not getting the results we got them for in the first place. Not even close. We don’t “love” our flashes, and worse yet, in many cases, we’ve even stopped using them altogether. But it doesn’t have to be that way. You just need somebody to help you unlock the real secrets to getting beautiful, consistent, and easily repeatable results.

That’s why The Flash Book book was created—to help you finally fall in love with your flash—and the best news is, it’s way easier than you’d think. In fact, you’ll be surprised at how simple it really can be because you’re not going to learn a bunch of geeky flash stuff, and you’re not going to have to do math, and you’re not going to need a light meter (it’s not that kind of book). Instead, you’re going to learn an amazingly simple system—one that Scott has been using for years—and the best thing about this system is that it’s so darn easy (it’s probably very different from what you might have seen “on the Internet,” but this system works, and once you try it, you’ll become a believer).

Here’s how the book works: Each idea or technique is just one page, and it starts from scratch, taking you through the flash settings (just the few simple ones you actually need to know); the camera settings (Scott gives you his own settings, and you might not even need to change them during your shoot); and which affordable accessories you really need to start using flash like a pro.

This isn’t a book of theory, full of confusing jargon and complicated concepts. This is a book on which settings to use, and exactly how and when to use them. The whole book is written in Scott’s plain-English, down-to-earth style, which makes the experience more like the two of you are out together on a shoot. It’s time to fall truly head-over-heels in love with your flash, so you can start creating the type of images with your flash that you’ve always dreamed of, and this is the book that can take you there.

Previous post Light It Up! Techniques for Dramatic Off-Camera Flash