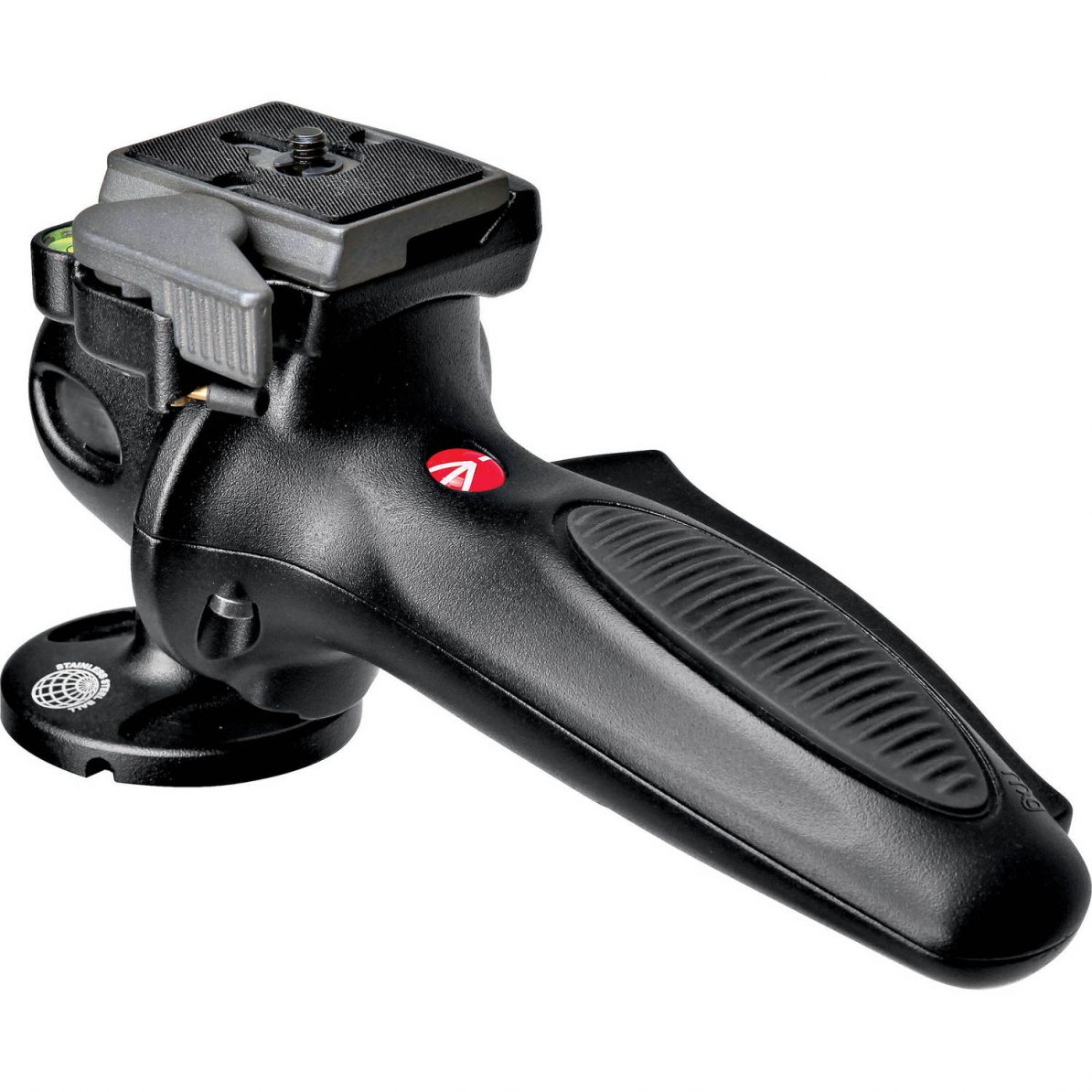 This 327RC2 Ball Head from Manfrotto has a load capacity of 5 kg and can be attached to tripods or other support systems that feature a 3/8″-16 mount. It includes an RC2 quick release cam lock and a 200PL-14 Quick Release Plate. RC2 compatible quick release plates such as the 200PL-14 can be removed from the head by pulling the cam lock’s spring-loaded lever, which also allows the plate to be instantly reattached. The cam lock also features a safety catch to prevent a compatible quick release plate from accidentally disconnecting.

Cameras or accessories that are compatible with a 1/4″-20 mount can be connected to the 200PL-14 quick release plate, which measures 1.7 x 2.1 x 0.4″ and has a rubberized, non-slip surface. The 327RC2 is initially configured for use with the right hand. An included hex key allows the RC2 quick release cam lock to be repositioned along with the control handle, enabling left-handed use.