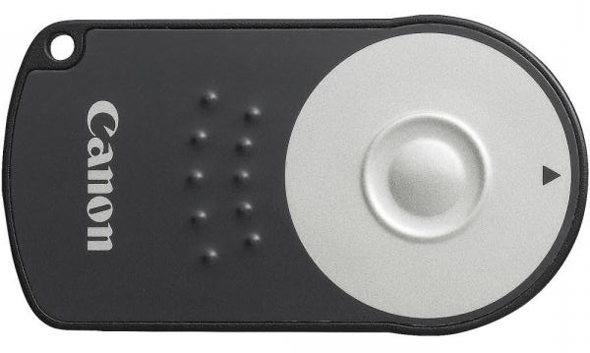 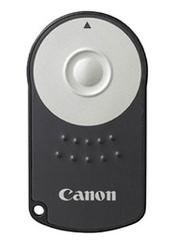 If you want a small, versatile, inexpensive remote shooting accessory, look no further than the Canon Remote Control RC-6. Despite its diminutive size, this device can be used for a number of different tasks.

The RC-6 is a wireless transmitter (infrared rather than radio waves). To work, it needs a receiver. Unlike wireless controllers, the receiver for the RC-6 is already built into a range of EOS models. One reason the RC-6 is relatively inexpensive is that you are only buying half the system. You have already paid for the other half – if you have a compatible camera. The sensor for the RC-6 is on the front of the camera. 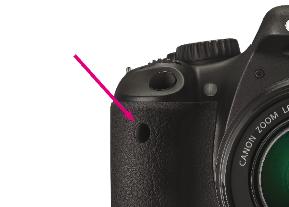 It is not possible to buy a separate receiver for the RC-6. If you do not have the right camera you will have to look at alternative methods for remote firing.

The RC-6 is a very simple device, controlled by just a button and a switch. Make sure the drive mode is set to remote control. Aim the small black arrow in the silver circle at the camera and press the button to fire the shutter. A switch on the back gives the option of immediate firing (‘•’), or firing with a 2-second delay.

Infrared devices normally need to see each other – often known as ‘line-of-sight’. Based on this, it would seem that you can only use the RC-6 from in front of the camera, and you will find this quoted in some reviews. But it’s not strictly true. If you hold the RC-6 a few inches above the shutter release, aiming down, the shutter will fire when you press the remote button – useful as an alternative to a remote switch. It will even operate from behind the camera if the infrared beam is reflected back from a nearby surface.

When aimed from the front of the camera the range is given as 5 metres, though this will vary with the surroundings.

Infrared devices can be affected by fluorescent lighting, but we have not experienced any problems

You can use the RC-6 to start and stop
movie recording on the more recent EOS models. As with all uses of the RC-6, make sure that the drive mode is set to one of the remote shooting options.

This is a great little feature which we hope will be included in new EOS models.

If you shoot in bulb mode, pressing the camera shutter button opens the shutter. It stays open for as long as you hold the button down – not very convenient for exposure times of more than a few seconds.

A remote switch is better. You can press and lock the remote button so that you can move away from the camera while the exposure is in progress.

An obvious use for the RC-6 is for shooting self-portraits. Set One-shot mode. When you press to RC-6 button the camera will autofocus and then fire. However, if you do not want to include the RC-6 in the image, set the RC-6 switch to 2-second delay. Now when you fire the RC-6 at the camera you will have a couple of seconds to move the device out of the field-of-view before the picture is taken.

If you do not have one of the cameras compatible with the RC-6, what choices do you have?

Self portraits
For self-portraits you can use the self-timer mode, which is built into most models. When the self-timer is set (in the drive mode), pressing the shutter button starts the 2-second or 10-second timer (2-second delay not available on all models). This gives you time to move to the front of the camera. At the end of the period the shutter fires.
The advantage of the RC-6 is that you can fire the shutter when you are ready rather than waiting for the fixed delay to end.
Bulb exposures
All EOS models have a remote socket, so you can use a thrid party remote switch to lock the shutter open during a long exposure.
Recording movies
As far as we know, the RC-6 is the only device which will start and stop movie recording (currently only compatible with the EOS 60D).

Also compatible with the above cameras are earlier versions – RC-1 and RC-5. The RC-1 offers the immediate and 2-second delay modes of the RC-6. The RC-5 only has the immediate firing mode.

Here are two things to check:

Drive mode
The camera must be in the Self-timer/Remote Control mode for the RC-6 to operate. Some cameras have more than one self-timer mode – you must use a mode with the symbol of a remote control unit. Pressing the shutter button in this mode gives you a 2 or 10-second self timer delay. Pressing the button on the RC-6 fires the shutter immediately (or with a 2-second delay).